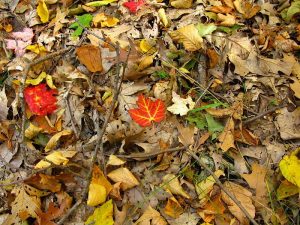 The roots of more than one scientific revolution lie in new realizations of how ‘wholes’, and their component ‘parts’ interact. Such was the inspiration in quantum mechanics when finding protons and neutrons were not indivisible entities as had been predicted, but instead were comprised of swarms of constituent particles.

Likewise, Gestalt’s greatest triumph was discovering our minds actually see “the forest over the trees”. Our minds don’t care for the messy details/individual parts –they’d rather roll them into larger, more manageable wholes instead.

Following on from these traditions modern complexity theory places part-whole phenomena at the heart of its field. Consider the following definition;

“The behavior of macroscopic collections of (many basic but interacting) units that are endowed with the potential to evolve in time” –from P. Coveney and R. Highfield’s book “Frontiers of Complexity”1

From these examples, we can glean whole/part relationships play an integral role in the sciences and indeed how much of the world works. But what’s the essential nature of these baffling unions? What brings together, and ultimately sustains agglomerations of parts into larger cohesive wholes?

Classic depictions of holistic systems tend to rely on mysterious forces impelling parts to evolve constructively over time (i.e. into a larger whole). However how and why this occurs –and the nature of whole/part relationships, remains largely unknown. Take for instance the following diverse definitions which while extremely meaningful, include degrees of abstraction science normally can’t accept:

J.C. Smuts writes, “the tendency in nature to form wholes that are greater than the sum of the parts through creative evolution.2”

A basic definition found on Wikipedia; “Holism (a Greek word meaning all, entire, total) is the idea that all the properties of a given system (biological, chemical, social, economic, mental, linguistic, etc.) cannot be determined or explained by the sum of its component parts alone. Instead, the system as a whole determines in an important way how the parts behave.3”

Set of concepts that attempts to explain complex phenomenon not explainable by traditional (mechanistic) theories. It integrates ideas derived from chaos theory, cognitive psychology, computer science, evolutionary biology, general systems theory, fuzzy logic, information theory, and other related fields to deal with the natural and artificial systems as they are, and not by simplifying them (breaking them down into their constituent parts). It recognizes that complex behavior emerges from a few simple rules, and that all complex systems are networks of many interdependent parts which interact according to those rules.4”

In addition to these part/whole descriptions, still others discuss the importance of boundaries especially as they relate to organisms and life. And while wholes do possess an assortment of key traits and attributes including the deeply mysterious (some of which we’ll examine below), from a Centering Ordering Principle perspective we believe much of the uncertainty surrounding the whole/part enigma can be resolved by simply adding centers to the ‘parts and whole’ equation.

Indeed in a host of natural, biological, and social systems we find the common element unifying groups of unassociated parts into larger wholes is simply a shared, centrally located object. In fact there’s no easier way to organize parts into a whole than through the central and unifying effect of centers and the wells (fields) surrounding them. Centers providing the energy concentrations necessary to fuel creation. The fields surrounding them providing the reach and geometrically beneficial relationship necessary to organize a host of objects and entities into something larger and greater.

Hence in the examples above, we begin to make sense of whole/part interrelationships through how parts interact with centers. For instance we can see how groups of subatomic particles can form larger wholes (protons and neutrons) through their common connection to a ‘particle-void’ basin of attraction. We can also see how our minds might create larger Gestalt wholes about unifying focal points and meanings.

Indeed in hosts of examples, centers serve as the main attraction organizing hosts of peoples (i.e. parts) into larger audiences (i.e. wholes). For example the cores of cells (DNA) organize hosts of cellular proteins and metabolical processes. Societies organize groups of people about common symbols and beliefs. Conscious thoughts organize hosts of sub-routine thoughts. Even our entire universe –its one hundred billion galaxies are all tied to the same moment in time some fourteen billion years ago –the Big Bang. It’s also the organizing force behind our lives –a kaleidoscope of images, words, interactions, relationships, and experiences wrapped up into a tightly formed whirlwind about you at its core.

From these discussions, we’re able to establish a working definition of Centersystem holistic systems as “those things/parts sharing a common center”. A representative equation might be;