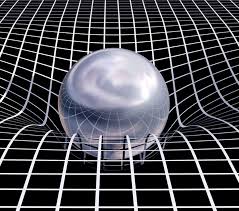 Centers are the singular and centrally-situated objects residing at the heart of objects, things, entities, and places. They begin where change and fluctuation occur and where energy flows or amasses. Paradoxically, centers are also where the opposite of matter/energy concentrates –i.e. emptiness and the “void” often thrive at centers.

In their idealized form, centers reside at the geometric center of physical objects, like hubs of wheels, fulcrums of seesaws, the bull’s eye of a dartboard, and the nucleus of atoms. Though usually contained within a single point or a relatively small spherical locale, centers can also be distributed along a line as with the spin axis of a rotating body or continuously along the length of an ocean wave.

Centers are at the heart of events across time. They are where events and processes come to an end. They are climaxes and finales.

While difficult to pinpoint their location in the realm of human cognition; centers nevertheless are quite real and indeed form the control centers of our lives. They are also where decisions, urges, meanings, truths, purposes, symbols, answers to riddles, and the crux of problems reside.

Centers can also be spread out across a large volume of space, as is the case with the earth’s atmosphere or newspapers spread across a nation. These so-called “global centers” serve to unify a larger whole around a common condition.

In each case, centers are the location where all the parts of a larger whole point towards, align to, and/or converge upon.

Check out this Cool VDO to learn more about centers!

Click here to learn how centers form the universe’s, and man’s most powerful objects!

Click here to learn about the ‘walls’ that often form at the surface of centers!