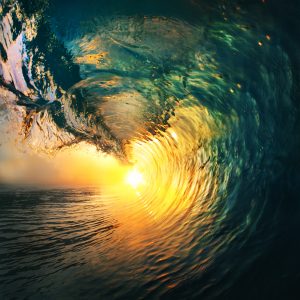 “Masters of the first rank reveal themselves by showing that they know how to find the end in major and minor matters in a perfect way, whether it be the end of a melody or of a thought, be it the fifth act of a tragedy or a political action.” –Friedrich Nietzsche

It seems all of life is patterned like ‘the calm after the storm’. For like finding shining pots at the end of rainbows, knowing it’ll get worse before it gets better, and awaiting the fat lady to sing; the pattern of nature and life’s events feature a crescendo-like rise followed by a dramatic reversal once the event’s climax is achieved. We all recognize and share a deep intuitive sense of this pattern –and one masters of the first rank use to its fullest effect.

But what’s the nature of this universal rhythm and what drives it? Read on or check out this Awesome VDO.

In the paper The Center Organizing Principle, we found nature’s great creative force was rooted in a process driven by dominating centers and the fields emanating from their surface.

We also learned these fields possessed a well-like shape with the two qualities of special interest to this paper. They are:

Taken together, this means once a “part” or group of parts begins falling down a well, their speed will increase progressively as the center is approached, until such time as the center was achieved. After which the system would quickly return to rest or become something entirely new in the next phase of the process.

Plotting this activity across time we see the overall shape of the event or process features a hastening or quickening, followed by a sharp reversal after a key moment in time:

From this discussion we can say “Centerevents” are characterized by the rise and fall of activities around a key moment in time, a “Timecenter.”

In fact we find a whole range of nature and life’s events unfold in this general rise-and-fall sequence: the crashing of waves, the birth of a star, the firing of neurons, the stock market’s boom-and-bust cycles. It’s also the shape of our urges, impulses, reflexes, and emotions witness the common rise and fall rhythm of confrontations and arguments as well as sneezes and yawns for instance.